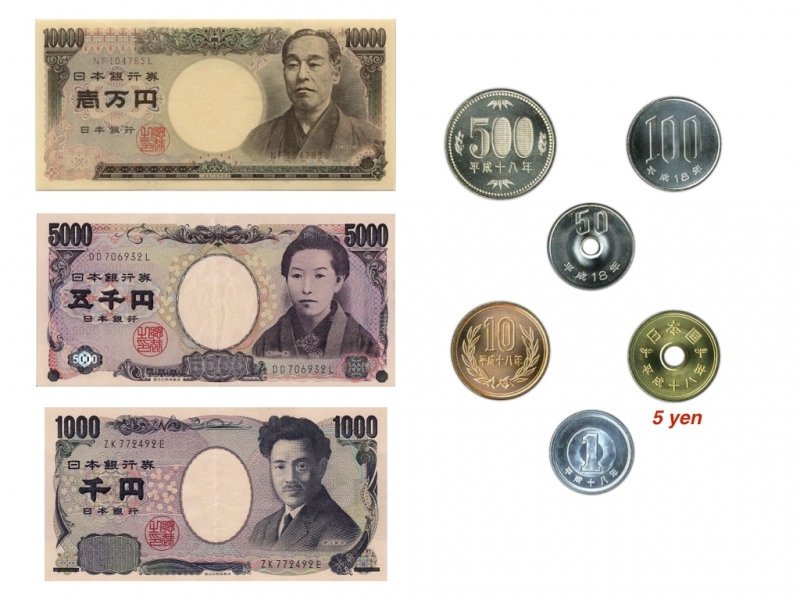 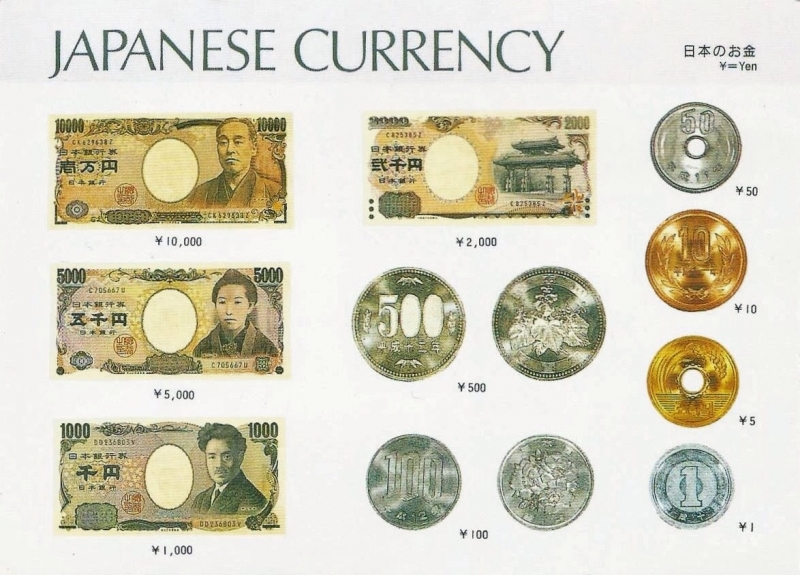 During your tour, you will be using Japanese Yen so it is important to know how to get cash and what you are getting.

Japan is a cash society, and while some large department stores, restaurants, and hotels in large urban areas allow credit cards to be used, most expenses must be paid in cash. Therefore, it is important to bring some money with you when you first enter the country (you can exchange it at airport money-changing counters, depending on what time you arrive) and have a plan for getting money while you are traveling. Banks often have booths in airports where you can exchange your local currency to yen. Your local bank should be able to let you about accessing money in Japan from ATMs. Also note that that traveler’s checks are not widely accepted in Japan, and thus not recommended.

Post offices ATM’s are a very good way to withdraw money while in Japan because they accept foreign VISA, Plus, MasterCard, Euro Card, Maestro, Cirrus, American Express, Diners Card, and JCB cards. There are a few other types of ATM’s that can be used to withdraw money from foreign bank accounts. Also, Post office ATM’s provide an English user interface. Please note that these ATM’s are not accessible 24 hours a day – smaller post offices are usually open from 9:00 am till 16:00 (4:00 pm) on weekdays, and larger post offices are often open until 21:00 (9:00 pm) on weekdays and have limited or no weekend hours.

Before departing your country please make sure that your card can be used in Japan and you know its secret 4-digit or 6-digit PIN number. Also, it is a good idea to check what fees and daily or monthly limits are associated with international withdrawals. These details can be ascertained by contacting your bank. Your bank or credit card company may also be able to tell you the locations of international ATMs you can use while in Japan.

Even though Japan is considered a very safe place for travelers, it is still a good idea to use a money belt or similar travel pouch since, as a tourist, you are more likely to be targeted by criminals. Losing your money, credit cards, or passport while overseas can create a very stressful situation.

Please note that it is not customary to tip in Japan and that extra fees are often figured into restaurant bills as a substitute.